One year ago today, there was a large flood here in Oklahoma City. Seeing how I love the rain and petrichor, I stood out behind my office watched the waters quickly rise. Thankfully my camera was close by, so I was able to capture the beginnings of the flood.

“Nothing in this world can take the place of persistence. Talent will not; nothing is more common than unsuccessful people with talent. Genius will not; unrewarded genius is almost a proverb. Education will not; the world is full of educated failures. Persistence and determination alone are omnipotent.” - Calvin Coolidge

A few months ago I ran across an interesting series of videos on Vimeo called My Last Pint. The series asks four questions centered around a hypothetical situation in which one could choose the last pint of their life. From the My Last Pint website:

On the surface it seems rather macabre, but the more I thought about it the more profoundly beautiful the idea became. It brings to mind the latin phrase, “memento mori”, which means “Remember your mortality.” 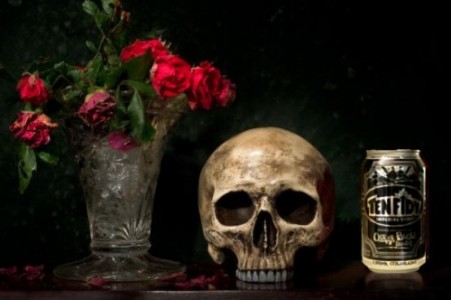 Which again sounds macabre, but that isn’t the point that’s being expressed. It’s merely a reminder that our time here is short, so make the most of it and focus on the things that matter. And that’s exactly what the questions asked by My Last Pint achieve. Those four questions instantly cause one to pause and consider not only the inevitable, but also the things and people that mean the most to them.

The creator of My Last Pint has been rather prolific in gathering answers from brewers all over the country. It’s been interesting to note not only the answers different brewers give, but also the different attitudes towards the questions. Some responses have been humorous, while others admittedly left me weepy. But then I tend to get weepy a lot when it comes to beer (stupid “I Am A Craft Brewer” video gets me every time). It’s a website/project that I have greatly enjoyed watching and reading over the last few months, and I hope to see it continue for years to come. Lord knows there are enough brewers now to make that happen.

I’ll leave you with two of the videos from My Last Pint. If you’d like to see more, visit their website at www.mylastpint.com

Almost two years ago, I kind of lost interest in blogging and this site fell by the wayside. This was supposed to be a fun creative outlet about beer, but geezam crow did I ever get off track. Long political diatribes that just left me angry by the time I was finished, were all I seemed to write about. In the end, I came to the realization that people’s political and religious views aren’t swayed by reading blog posts, and that it really was not place to presume to do so. After all, I’m just some 32 year old dude from Oklahoma. What made me think I had all the answers and a monopoly on truth? 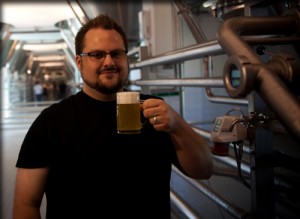 Prost! Drinking Ayinger Brau Weisse straight from the fermenter at Ayinger in Germany.

These are the things I want to write about now. Sure, I may become indignant about some perceived injustice and write about it from time to time, but what fun is a blog full of nothing but that? No, let’s get back to what I started this for: to talk about beer, food and life.

But mostly about beer…

Parking lots can be a pretty dangerous place. Especially when you have a 5D Mark II and After Effects. Doing these kind of effects keep me sane.

I’ve decided to start posting some of my short films. These aren’t from my main gig, but short films I make on my own time for my own amusement. I’ve been extremely lazy creatively the past few years and with the purchase of my new camera, I’m finally getting back out and stretching my creative legs outside of work. So, here is the first.

This was shot at the 3rd annual, Ghouls Gone Wild parade in midtown Oklahoma City. I had never been to this parade and it was impressive to say the least. Almost 2 full hours of floats, bands, zombies, roller derby girls, and the best part at the end: 1,000 people dressed as skeletons and carrying Tiki torches being trailed by Wayne Coyne of The Flaming Lips inside a giant inflatable ball. Best. Parade. Ever.

Music: “Hell” by The Squirrel Nut Zippers
I ♥ Tom Maxwell.

Yes, I know, it’s been ages since I last posted. Between a couple of trips to California and working on some big projects, I haven’t made much time for the old blog. So I figured I would post something beer related to get back into the swing of things.

I ran across this trailer, today and had to share it. It’s for a film called Beer Wars, a documentary on the battle between craft brewers and the water making dinosaurs, Bud, Miller & Coors. I can hardly wait for this to come out. Hooray beer!

So I’m waiting on my flight to Burbank, when I see the already missligned flight status monitors go into epic fail mode. Had to share. 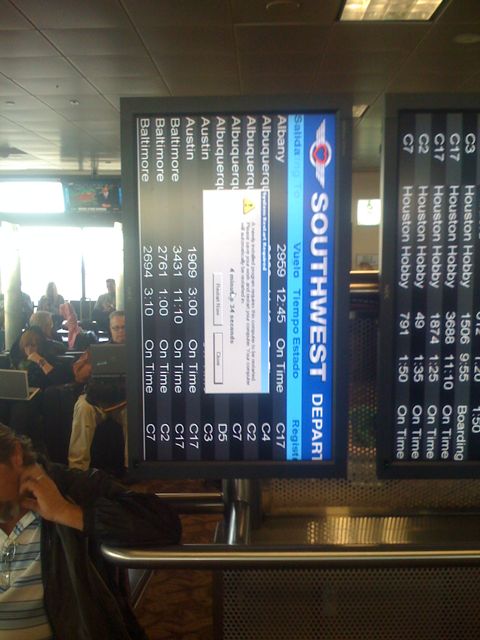 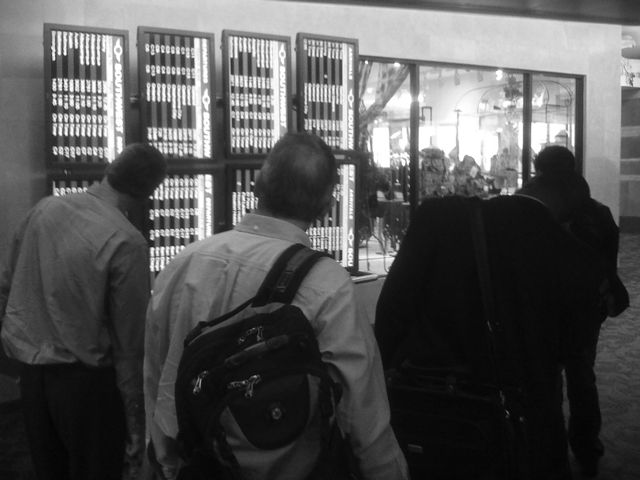 Gather around friends, and listen as I gaze into my crystal ball and speak of things that will soon come to pass. Okay, so it’s not crystal… and it’s not a ball. Alright, it’s a half empty bottle of Dundee Oktoberfest, but it’s magical none the less. Yes, prepare to have your minds blown by these (most likely wildly innacurate) beer-fueled predictions of things to come in the next six months. These predictions are not listed in the order they most likely will (not) occur, as the beer still hides some mysteries from my mortal eyes.

There you have it, the beer has spoken. Now, go forth and make your plans for the next 6 months on these rock soild predictions.